Miller Curbers can be equipped with one of four (4) different extrusion auger diameters.

Auger assemblies are interchangeable between all Miller Curber models with the exception of the 10″ diameter assembly which is only available on the higher horsepower models Mc850 and MC900.

The following table is a general guide to choose the correct auger assembly for your application. Always consult the factory for curb form and auger size recommendations. Some curb shapes may require deviation from this chart.

Because most extruded curb is between 33 and 55 square inches in cross sectional area 90% of all machines are equipped with the standard 6″ diameter auger.

The most common mistake when sizing forms and augers is choosing a curb form which is too small for a particular auger size.

For example, a curb shape that is a simple rectangle 6″ wide x 4″ high would have a cross sectional area of 24 square inches. This puts it clearly in the 5″ diameter auger range.

Attempting to do this shape with a 6″ auger would result in a number of problems. The amount of material discharged by the 6″ auger into the form would be so great in relation to the cross sectional area of the curb that the machine would not be able to discharge, or extrude, the material fast enough. In effect, the mold becomes a severe bottleneck. As a result, excessive pressure would be created in the form. When the density of the material in the form reached the point where it could be compacted no further the excessive pressure in the form would cause the machine to actually lift, allowing material to squeeze out from under all sides of the form. This would reduce the pressure in the form but not produce an acceptable curb. Excessive pressure may also be transmitted back through the drive train causing repeated disengagement of the safety torque arm and/or shear bolt breakage. To remedy this problem, auger diameter must be reduced or curb area increased.

The second most common mistake when sizing forms and augers is choosing a form that is too large for a particular auger size. Under sizing the auger will not cause problems as severe as over sizing but will affect machine performance. Curb density and finish may be adversely affected and extrusion speed will be reduced. It is possible to add 5-10% to the recommended upper limit for any given auger size and still extrude satisfactorily. In the most severe case of an undersized auger the machine may discharge enough material into the form to propel itself, but inadequate density may result in a loose curb with open finish and surface voids that may not stand. Always consult the factory for recommendations on proper auger size and curb form choices.

Auger assemblies can be provided as either “hollow”, allowing 3/8″ diameter reinforcing rod to be fed through the hollow auger shaft and placed in the finished curb, or as “solid”. The primary difference in these systems is that the in the hollow the augers are installed on a tubular shaft that is 1-1/4″ OD by 3/4″ ID allowing the reinforcing rod to pass through. The solid system uses a 1-1/4″ diameter solid shaft.

The auger assembly can be placed on either the right or left side of the machine. The machine’s right and left are determined by standing at the end of the machine where the curb form is attached and looking at the open end of the form. From this perspective, if the form and auger assembly are on the left then this would be considered left hand extrusion. Unless otherwise specified at the time of ordering all machines are equipped for left hand extrusion.

Quality Engineered Construction Equipment Made in the USA

Our Curbilders® and Tools have been Made in America Since 1946.

Our Partners Around the World 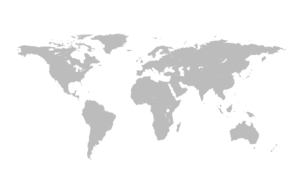 Connect with our partners in your region. Our Partners 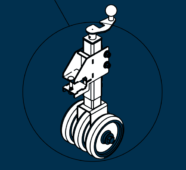 Find the parts you need with our part finder. Find Parts